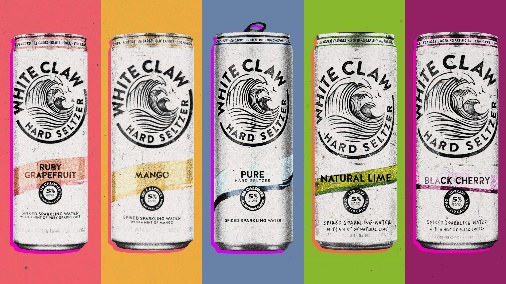 How has disruptive food and beverage brand White Claw managed to outperform the nation's number one beer — Budweiser? Well, as with many of the rapid changes we are seeing in the industry today, the answer lies in demographics — specifically, Millennials.

For all the disparaging comments and articles about this generation we see from certain outlets and commentators, Millennials are now a dominant market force. Now in their mid-twenties to late thirties, this cohort has taken their place in the higher levels of the US workforce and has significantly more money available to them to spend on the things they like. With most not able to invest in things like property at the moment, they are choosing to spend their cash elsewhere instead.

This is something a fresh and savvy brand such as White Claw understands all too well, and this knowledge has allowed them to slip in under the radar and usurp classic drink brands such as Budweiser from their lofty perches.

Since its inception back in 2016, White Claw's range of flavored hard seltzer has become one of the most talked-about food and beverage brands on the scene. Clocking in at just 100 calories, two-carbohydrates, and 5% ABV per serving, White Claw now accounts for almost half of alcoholic seltzer sales in the US today. 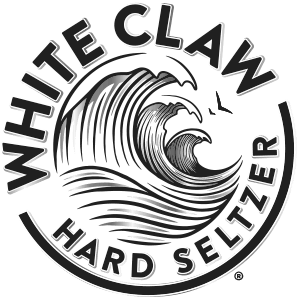 Millennials have taken the hammer to a range of products once taken for granted in the US. From plastic straws and paper napkins to the humble doorbell, Millennial habits and ethics are changing the way entire industries operate. So, why are they choosing hard seltzer such as White Claw over the classic beers their mothers and fathers would have reached for.

Well, for a start, it's a different kind of drink. Some commentators have compared it to vodka or even IPA or craft beer, but White Claw is none of these things.

"White Claw is a flavored malt beverage (FMB)," said a press release. "It's made with a blend of seltzer water, its gluten-free alcohol base, and a hint of fruit flavor. The alcohol in White Claw Hard Seltzer comes from fermented sugars derived from malted gluten-free grains."

All well and good, but what does this mean for the younger customers who are purchasing it? It's no secret that Millennials and the up and coming GenZers (many of which are also now old enough to drink) are more concerned about their health and the ingredients which make up food and beverage products than any preceding generations. They tend to visit the gym more, more of them follow vegetarian or vegan diets, and they are purchasing large volumes of organic foods.

Beer is fattening. Of that, there is little argument. Generic Budweiser contains 145 calories and over ten grams of carbs while sitting at the same alcohol content as a White Claw. And, while nobody would have audacity to tell you that an alcoholic drink is healthy, White Claw provides a lower calorie and carb option for more health-conscious drinkers. Young people have always wanted to party, and that's not likely to change any time soon, but they don't want drinks which are going to leave them feeling like they've eaten a three-course meal.

White Claw also comes in a range of five fruit flavors — Black Cherry, Ruby Grapefruit, Natural Lime, Raspberry, Mango — plus a "Pure" flavor which is supposed to mimic a vodka and soda. This also makes it an ideal product for those customers who enjoy a drink but aren't accustomed to the often harsh and acquired flavors of other alcoholic beverages such as beer.

The marketing of White Claw makes it look more like a soda than an alcoholic drink. The fresh clean packaging and branding make the cans pop on a shelf amongst the browns of beers and they are labeled to accentuate the drink's lack of artificial ingredients and its low calorie and carb count.

Now, other brands are looking to get a slice of the hard seltzer market, such as Boston Beer with heir hard seltzer brand, Truly. "We'd had products like hard seltzer in our pipeline for a while, but we felt that this was the right time to bring them into the marketplace," said Boston Beer Chief Marketing Officer, Lesya Lysyj. "From everything we've seen, hard seltzer has staying power. People are trying Truly as an alternative to vodka-soda, light beer, and wine, and they're sticking around and buying more. It hits the rare sweet spot of flavor, refreshment and functional benefits that make it much more than a boom and bust."

Tastes are changing and the alcoholic beverage industry must change along with them. The success of White Claw — many bars and pubs are reportedly running out of the product — is a testament to this. The time has come for the sector to wake up to change.

The success of disruptors such as White Claw is set to be a hot topic at Digital Food and Beverage 2020, taking place in July at the Hilton Austin TX.

Download the agenda today for more information and insights.

WBR Insights is the custom research division of Worldwide Business Research (WBR). Our mission is to help inform and educate key stakeholders with research-based whitepapers, webinars, digital summits, and other thought-leadership assets while achieving our clients' strategic goals.

*Processing your payment may take a moment. Please click submit payment only once, and do not refresh this page. Doing so may result in your credit card being charged more than once.

We use cookies and similar technologies to recognize your visits and preferences, as well as to measure the effectiveness of campaigns and analyze traffic.
To learn more about cookies, including how to disable them, view our Cookie Policy